Become a FAN! and easily access our current events and our performance calendar:

More information to come:
Upcoming Seminars and sample bios from the first seminar!
Latest press clippings!
Links to clients' fan pages!
...it of course links back to this blog!

Happy Summer!
Posted by Katie Rosin / Kampfire PR & Marketing at 10:48 AM No comments:

The Recession Is Affecting More Than Real Estate

THIS ISN'T PARADISE
The Recession is affecting more than Real Estate

Robert Adkins thinks he's the next Donald Trump, as he is the leading moneymaker in a small Manhattan Real Estate Agency; until the perfect storm of a serious economic recession, and a new hire, threaten his "world". This Isn't Paradise comically explores the sociopathic, money hungry, sexist, unstable..."tendencies", a man can posses during hard times.


Tickets are $18.00. Advance tickets can be purchased online at www.ThisIsntParadise.com, or by calling 917-916-0239. Tickets may also be purchased at the theatre’s box office half hour before the performance.

Images available at http://picasaweb.google.com/kampfirefilms/ThisIsnTParadise#
Posted by Antonio Minino at 11:20 PM No comments: 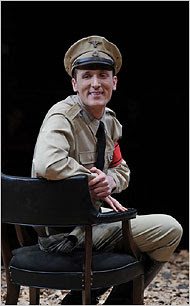 This spare, eloquent work — staged by Equilicuá Producciones, a group based in New York and Spain — has been, not surprisingly, a hit in Europe and South America. Here, leanly directed by Matthew Earnest, it’s a powerful illustration of how theatrical artifice can be pressed into the service of atrocity.

Photo Credit: Burning Coal Theater, "Way to Heaven":Juan Mayorga’s historical drama of the Holocaust, with Francisco Reyes as a Nazi commandant, at Teatro Circulo in the East Village.
Posted by Katie Rosin / Kampfire PR & Marketing at 6:45 AM No comments: 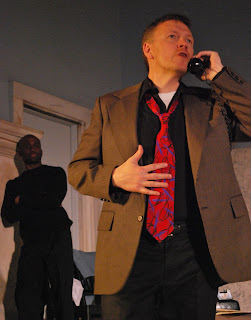 Find the review in the Arts section | Wednesday, May 6th paper.

Reviewers are loving The Oath

Kampfire PR congratulates MTWorks on their World Premiere of Jacqueline Goldfinger's The Oath--only 4 performances left at The ArcLight Theatre.

"The Oath sends its audience upcon a mind-enriching exploration in which we leave with more questions than answers-questions that will haunt even the most resistant audience member's mind."

"More than many mainstream works, The Oath achieves a near-perfect equilibrium between the quality of its writing and its performances."

"The Oath will have you testifying! Before the play even starts, sound designer Martha Goode and scenic designer Blair Mielnik do an amazing job of settling you into the time period"

"The actors, under the direction of Cristina Alicea, perform admirably, growing ever better as the play progresses." 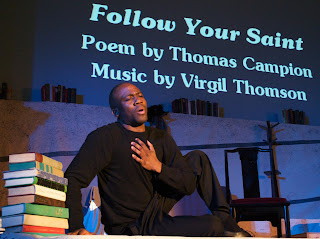 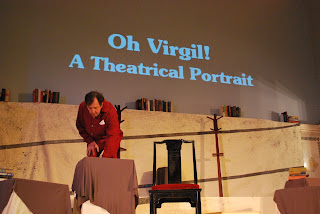 Check out the full page interview in the Chelsea: Arts & Lifestyles section
April 23-May 6, 2009 edition.


For more information on the show playing from May 1st through the 10th, click here.