Posted by Antonio Minino at 2:58 AM No comments: 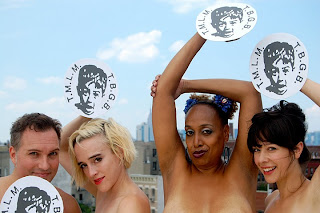 The event that needs little introduction (and even less clothing) is here. A special half-naked version of Too Much Light Makes the Baby Go Blind will be performed the weekend of August 20th-21st. See the New York Neo-Futurists perform their award-winning blend of personal, political, hilarious and absurd short plays...in their short pants.

But that’s not all!

Immediately after the first performance (Friday, August 20th), you can join the Neos as they half-streak New York City on a midnight run from the East River to the Hudson on 14th Street.

Audience members who join in on the half-nakedness receive a discount at the door.