THE MOST DAMAGING WOUND

From the writer of Placement-Four LA Weekly Award nominations, and on the series "Weeds", “Monk”, and “The Book of Daniel”.
THE PRODUCTION COMPANY is pleased to announce the world premiere production of Blair Singer’s MOST DAMAGING WOUND, directed by Mark Armstrong. THE MOST DAMAGING WOUND will play a four-week limited engagement at The Manhattan Theatre Source (177 MacDougal Street, NYC). Performances begin Wednesday, November 5 and continue Sunday, November 29. Opening Night is Friday, November 7 (8 p.m.).

THE MOST DAMAGING WOUND takes place on a cold November night, when new parent Kenny gathers his college buddies to complete an unfinished rite of passage. The guests include Alan (Michael Szeles), a pharmaceutical lobbyist, Dicky (Chris Thorn), a carpet salesman with a big personality and a bigger appetite for the sauce, GG (Michael Solomon), a new restaurateur and Bo (Bard Goodrich), a former musician. When Christine (Megan McQuillan) shows up unexpectedly, the guys discover that the men they’ve become is far from their aspirations back at Syracuse. Reliving the glory days is not easy, in this Generation-X gang comedy, with booze, buddies, and breakthroughs.

What if there were no reviews?

When coming up with your marketing strategy, imagine that the newspapers and magazines and didhelikeit.coms have been destroyed. Imagine that there is no holding out for a big boost when the papers say that your play is the next best thing since sliced Cats.

Imagine that you'd have to rely solely on the strength of your product and what the people say about it.

You can't control the reviews. So don't count on them.

Emerging Artists Theatre should be
commended for their dedication to new works.
-Broadway World.com
TICKETS ON SALE NOW AT EATHEATRE.ORG

Series A
Tuesdays and Wednesday at 7 pm, Saturday at 7:30 pm, Sunday at 4:30 pm
The Sky is Falling by Patrick Gabridge, directed by Amy Leland Hemphill, with Amy Bizjak*, Debra Lass*, Erin Tito*, Susan Wallack*. An endearing comedy about family searching for meaning in the universe.

Next by Staci Swedeen, directed by Janelle Lannan, with Andrea Alton*, Joseph Callari*, Jerry Alan Cole*, and Alexandra Zabriskie. A hilarious wait on the shipping line, with packing tape, chewing gum and a statue of questionable origin.

Jack Goes Up, Jack Goes Down by Ted LoRusso, directed by Troy Miller, with Jen Morris* and Scott Raker*. An incisive look at corporate culture and the battle of the sexes.

Sharing the Pie by Kathleen Warnock, directed by Peter Bloch with Sara Hatfield and Russell Jordan. A bittersweet, contemporary tale of family, friends and unrequited love.

Series B
Thursday and Friday at 7 pm, Saturday at 4:30 pm, Sunday at 7:30 pm
Furious by Eric Appleton, directed by Marc Castle, with Bill Farley* and Jamie Heinlein*. A touching and comic tale of a daughter’s desire for her father’s affection.

Hot Line by Lia Romeo, directed by Ned Thorne, with Bryan Kaplan, Irene Longshore, and Matt Stapleton. You never quite know who you might get on the other end of the phone.

Tranquil by Andrew Rosendorf, directed by Dan Dinero, with Enid Cortés and Jason Hare*. A brother and sister delve into an intimate discussion about her attraction to a bedpost.

We Appear to Have Company by Greg Freier, directed by John Hurley, with Ed Schultz*, Blanche Cholet*, Kevin Brofsky. A British approach to a silent intruder has international repercussions.

Negotiating A Mindfield by John A. Donnelly, directed by Rasa Allan Kazlas, with Jane Altman*, Shannon Marie Kerr and Jacqueline Sydney*. A challenging exploration of mind, memory and poetry.

Series C
Saturday and Sundays at 1 pm, Monday, November 10th at 7 pm
Old Flame by Richard Ploetz, directed by Ian Streicher, with Ron Bopst*, Jerry Matz*, Vivian Meisner*, Jess Philips. In this moving drama, a lifetime of regrets leads a man to seek the love of his youth.
Posted by Katie Rosin / Kampfire PR & Marketing at 7:53 PM No comments: 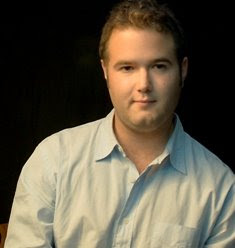 The Astoria Performing Arts Center (APAC) is pleased to announce the appointment of Tom Wojtunik as Artistic Director.
Wojtunik, who last year directed Proof for APAC, brings a wealth of talent and experience plus an influx of humor, passion for storytelling, generosity and inspiration to the new season line-up.

The 2008-2009 season will include the inclusion of new work to APAC's regular programming. Wojtunik will premiere The 15/20s: Staged Readings of New Works, introducing APAC audiences to the development process and paving the way for new work in the regular mainstage programming. The 15/20s will be produced under the AEA Staged Reading Guidelines, which allows 15 hours of combined rehearsal and performance time for actors (20 hours for musicals), hence the name The 15/20s.

APAC’s seventh season will kick-off in February with Ragtime, the epic musical by the award-winning composer/lyricist team Stephen Flaherty and Lynn Ahrens and book writer Terrence McNally. Wojtunik, who will direct, says, "The spirit of unfailing optimism that permeates the characters in this story, even in the midst of a country faced with enormous changes, feels more vital today than it did when it first opened on Broadway ten years ago." In May APAC will produce Lillian Hellman's controversial masterpiece The Children's Hour, directed by Jessi D. Hill, recipient of the 2008/09 Denham Fellowship from the Stage Directors and Choreographers Foundation.
Posted by Katie Rosin / Kampfire PR & Marketing at 12:29 PM No comments: