The Astoria Performing Arts Center (APAC) is pleased to announce that Martin McDonagh’s The Pillowman and Steven Schwartz’s Children of Eden will be the mainstage productions for their ninth Season in Astoria. With these choices, APAC continues its tradition of bold choices in the ever evolving Astoria, a place mentioned in A.O. Scott’s review of the film, Julie and Julia, “Queens [is] demographically the most cosmopolitan of the five boroughs and something of a foodie mecca.” APAC is partnering with some local cultural institutions and the local restaurants Scott alludes to, enhancing the overall experience of their productions.

of the musical Ragtime, will direct both productions, honing his artistic vision for APAC and uniting the shows both creatively and thematically. He addresses the surprising similarities of the projects, “On the surface the mainstage productions this season couldn’t be any different: McDonagh’s The Pillowman centers around a series of gruesome child murders, while Stephen Schwartz’s Children of Eden is a family-friendly retelling of the Book of Genesis. Still, I found the pairing intriguing--both are highly theatrical works that explore and celebrate the art of storytelling, albeit to very different ends. I think APAC audiences will find our season entertaining and thought-provoking as we explore what social responsibilities, if any, we have as storytellers.”

The season commences November 5th with Martin McDonagh’s The Pillowman. The play, which will run through November 21st, is a dark comedy about the interrogation of a fiction writer, whose short stories have eerie similarities to local horrific child murders. Nominated for the 2005 Tony Award for Best Play The Pillowman will run through November 21st. A change in this year’s performance schedule, the shows will now run Thursday thru Saturday at 8 pm with no show Sunday and an added Saturday matinee at 2 pm.

In May APAC will be producing Stephen Schwartz’s musical, Children of Eden, book by John Caird, based on a concept by Charles Lisanby, a show which has never had a full production in New York City (closest was a 1998 production at Papermill Playhouse and a benefit production presented by the York Theatre for World AIDS Day in 2003). Children of Eden takes its plot from the most influential of stories, the Bible, with the first act centering on Adam & Eve and Cain & Abel and the second act involving Noah and his ark. Ultimately it's a musical about family and parental responsibility that affects the audience without being overtly religious.

The 15/20s annual series begins on September 24th with Heartbreak Help by Justin Tanner in which four women share a motel room in Joshua Tree for a spiritual retreat. The play premiered in LA with strong reviews including Variety, "Tanner's ear remains sharply satirical. Even as he revels in his characters' ridiculousness, he draws them with a sly sympathy. At their most pathetic, they are at their most human,” and the LA Times, "His strongest and funniest piece yet. In a gleaming style all his own he milks the world of aromatherapy and vision quests ruthlessly and brilliantly for laughs.” The second reading will be The Final Jewth. The 15/20s: Staged Readings of New Works introduces APAC audiences to the development process and paves the way for new work in the regular mainstage programming. The 15/20s will be produced under the AEA Staged Reading Guidelines, which allows 15 hours of combined rehearsal and performance time for actors (20 hours for musicals), hence the name The 15/20s. by Alex Goldberg on December 10.


ASTORIA PERFORMING ARTS CENTER was founded in 2001 by actress Susan Scannell as an Off-Off Broadway theater company that complements main-stage productions with community programming, including writing and performance programs for Queens youth and senior citizens. APAC's 2004 production of Is There Life After High School? was recognized with an Off-Off Broadway Review Award. APAC's 2006 production of Forever Plaid was honored with three New York Innovative Theatre Award nominations, in the categories of Production, Direction, and Choreography. Our productions of A New Brain, Proof and Triumph of Love received nominations for Outstanding Set Design. Triumph of Love also received two more nominations, Outstanding Production of a Musical and Outstanding Actress in a Lead Role (Abby Baum). Most recently, the sold-out production of Ragtime received two nominations for Outstanding Production of a Musical and Outstanding Scenic Design (Michael P. Kramer). For more information about APAC, including a downloadable media kit, visit www.apacny.org.
Posted by Katie Rosin / Kampfire PR & Marketing at 9:42 AM No comments:

The heat is on

Posted by Katie Rosin / Kampfire PR & Marketing at 8:36 AM No comments:

Look After You (FringeNYC)

Posted by Antonio Minino at 2:02 PM No comments:

...One very special show which will be featured this year at the Fringe Festival is Eli and Cheryl Jump, a poetic, haunting play written by Daniel McCoy. I got a chance to chat with Daniel and find out what it’s like to be part of the Fringe, what sparked him to write this play, and what he hopes it will mean to the audience.

In Patrick Lee's first in a series of several Quick Q&A columns featuring artists who have work, or who will be seen in work, at this year’s Fringe Festival at his site Just Shows To Go You, he featured three Kampfire clients that are sure to sizzle your summer: Playwrights Michael Edison Hayden (The Books), Daniel McCoy (Eli and Cheryl Jump) and Louise Flory (Look After You). Below are the questions, to read the answers, click here. 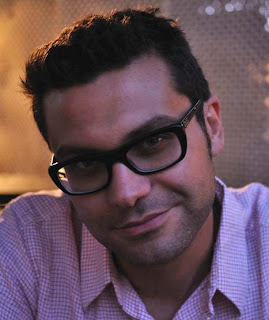 What is the story of The Books?

Is it fair to say it’s about breaking out of those rituals?

What do you hope to get out of your experience artistically at The Fringe? 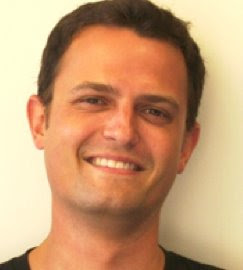 What is Eli and Cheryl Jump about?

How is it staged?

What were the main qualities you were looking for in casting?

What do you want the audience to leave with? 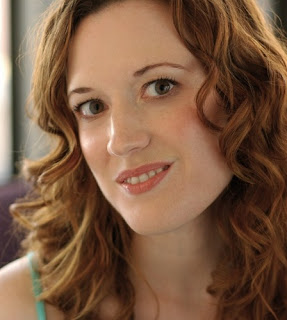 LOUISE FLORY
Look After You

Tell me about Look After You.

How long have you been working on the play?

Are you taking anything into your own performance that you got from watching others read it?

Will you be seeing other shows in the Festival?

Posted by Antonio Minino at 2:12 PM No comments: