Click to hear a sample of the music from The ToyMaker which is described as "manipulated through the subtlest of sounds and slightest of tweaks, demonstrating a thorough understanding of emotion through music." -Encore Magazine 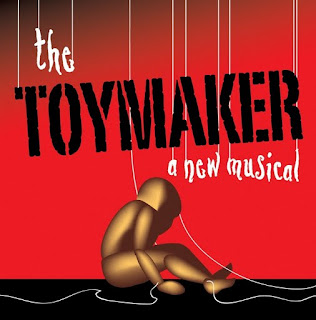 We invite you to experience The ToyMaker, which follows the story of Sarah, a young woman who is struggling in her marriage after two failed pregnancies. Rumors of a childless toymaker of the past set her on a desperate search for the last toy made by this man. Thus begins a journey that spans the globe and time itself.

The ToyMaker was inspired by the true events of June 10, 1942, when the small mining and farming village of Lidice, Czechoslovakia was destroyed by German forces as a reprisal for the assassination of SS Leader Reinhard Heydrich. Sarah travels to this village weaving together this tragic slice of history and the humanity of those who perished, with a contemporary personal journey, creating a deeply moving portrait of love, family, and friendship.

Sarah's quest to find the 'childless toy' and solve the mysteries of a village destroyed by war lead her to a destiny of fulfillment she once thought impossible.

Tickets to individual festival events will go on sale to NYMF Members on August 1 and to the general public on September 1.  NYMF Memberships, which combine charitable contributions with valuable, flexible ticket packages and perks like early seating, are currently available for purchase at (212) 352-3101 or www.nymf.org.